Mary Bishop was Ari’s 5x great-grandmother, born in 1809 in Grafton Flyford in Worcestershire. 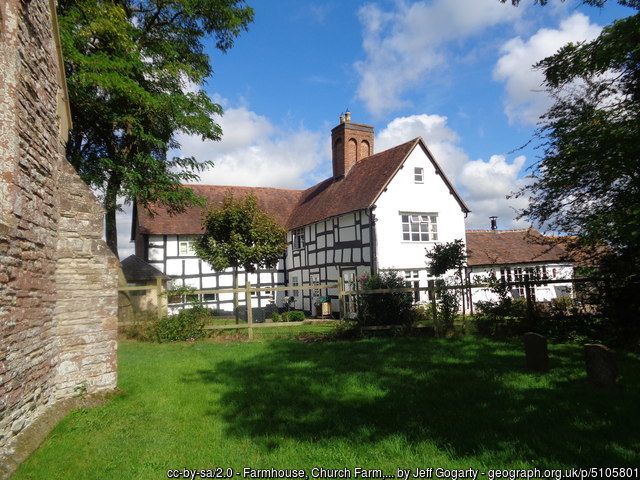 Mary was the seventh of eight children of John Bishop and Ann Willis, who had married in 1792. She was christened on 30 Dec 1809 at the church of St John the Baptist, and married at the same church at the age of 16. Her husband was a farmer, Joseph Sheppard (spelled Shepherd).

We can see Mary in the 1841 census living at Sale Green with her husband Joseph, an agricultural labourer, and a ten-month-old baby, also called Joseph. Living with them was 15-year-old Mary Allbut.

Mary and Joseph had two more children, William and Ann. Tragically, Joseph drowned in the Worcester and Birmingham Canal at the age of 42. In 1851, Mary (40) is living with her two sons Joseph (10) and William (8), and her occupation is given as pauper, gloveress (see my earlier post). I think Ann had died as a baby.

By 1861, Mary’s parents have both died and she has become a shopkeeper (we later see more evidence of this in a local directory for 1879). The small family are in Huddington, with both sons working and living at home. In 1871 she is listed as a provision dealer (61), the two sons have left home, and 19-year-old James Wells is sharing her home as a boarder (crossed out) / lodger. He is presumably the same person as the nephew James Wills (actually Willis) living with her in 1881.

By 1891, Mary is 80. She is still living in Sale Green, but now with two teenage granddaughters (Mary and Sarah, children of her son William) sharing her home. Mary died in January of 1892, and was buried on 12 Jan at the church of St James in Huddington.

Ari, this shows how you are related to Mary: 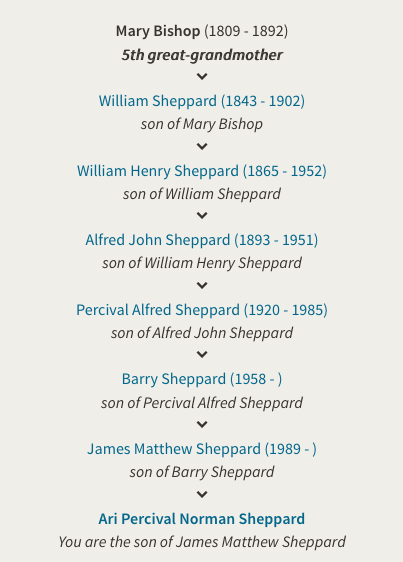