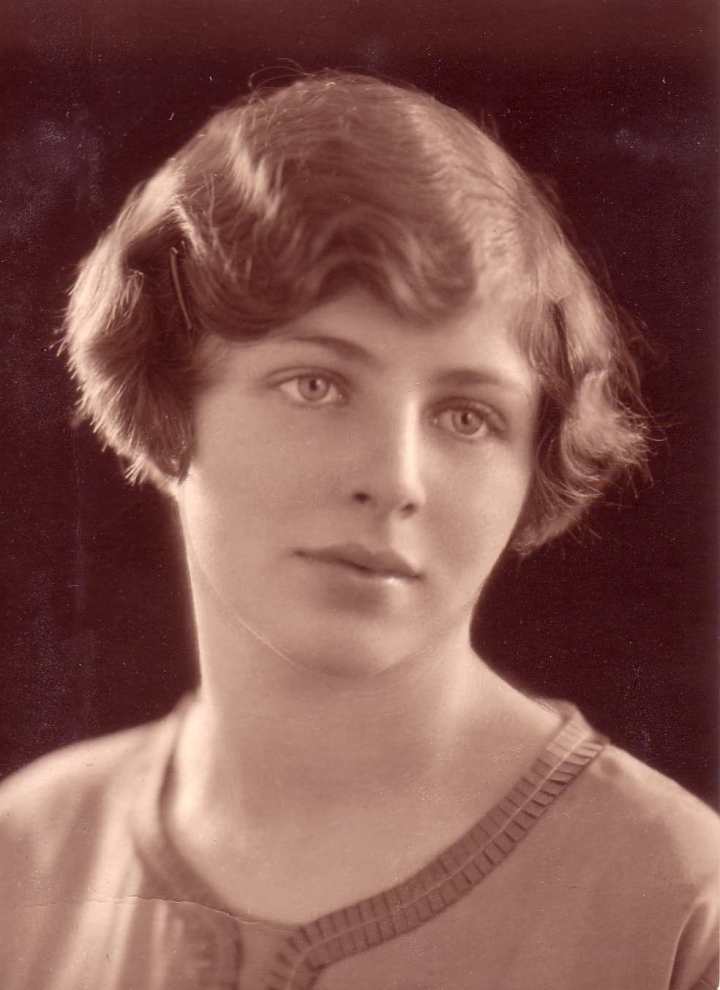 She was born on 30 September 1910 at 6 Gore Road, Hackney, the daughter of Maurice Katz and Rachel (Raye) Cohen. The family can be seen there in the 1911 census. When Judy was 3, her sister Rosalind was born.

This is a photo of Judy with Harry Loshak, taken to mark their engagement, which was announced in October 1930 in the Jewish Chronicle.

And this is their wedding, which took place on 26 July 1931 at Cricklewood Synagogue. 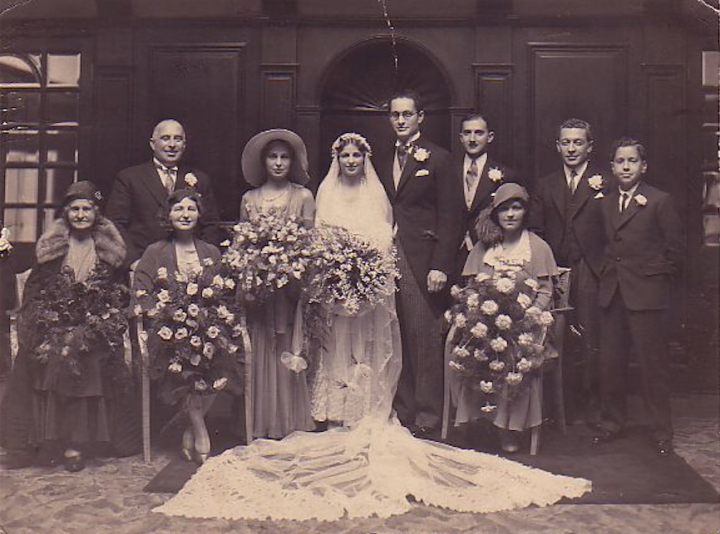 Judy and Harry had two children, David and Ruth. On 20 July 1940, Judy travelled to New York from Glasgow on the SS Cameronia, with the two children, who were 7 and 4 at the time. They did not return to England until June of 1945. The letters that we have show how hard this time of separation was for them. Here is an extract from the first one written to Harry on the ship:

“There is neither ink nor paper on board but somebody has lent me this. I hope you will be able to read it. We are all quite well. I am alright except that I don’t sleep well. Our cabin is really not too bad. We found it impossible to change; unfortunately, we have a German refugee in with us, which makes a terrible squash, but we will survive. The food is plentiful and quite good and we are allowed more or less anywhere on the boat. We have to carry lifebelts all the time; we were pleased to give our gas masks up before coming on board, but it was a bad exchange. We didn’t get on board until 4.30; it was dreadful standing squashed like sardines. but it only took a few minutes after I’d got through to get my luggage seen to; they were not opened. It’s a calm journey so far but the weather is very changeable, fine in the morning and wet in the afternoon. 90% of the people are German refugees. It’s not necessary to tell you how much I’m missing you, I can’t imagine living without you for any length of time.”

I have lovely memories of time spent with my grandma Judy in Cambridge, learning to tie shoelaces and sticking pictures into scrapbooks with that glue that came in tubs with a little spatula – I remember the smell! What was it called?

Judy as a baby:

Ari, this is how you are related to Judy:

One thought on “Judith Constance Katz”