Ari’s 7x great-grandmother Mary Pegg was born in about 1733, probably in or near Ashbourne in Derbyshire. She is one of the ‘newer’ (i.e. older) ancestors that I have discovered by writing this blog. So what do we know about her?

If there is a record of her baptism, we should expect to find it on Ancestry.co.uk, in the collection Derbyshire, England, Church of England Baptisms, Marriages and Burials, 1538-1812. There are some possible records in Kirk Ireton, for a Mary and her sisters, with a father called Edward, but nothing in Ashbourne.

But we do know that Mary married William Goodall on 18 July 1758 at St Oswald’s Church in Ashbourne, and she was living in the parish at the time.

Her son Joseph was born that year, and we also know that she and William had two daughters, Hannah and Martha.

Mary died in April 1811 and was buried on the 29th at All Saints Church in Bradley.

The burial record shows that she was living in Yeldersley, and her age is given as 78, which would make her birth around 1733.

There is a will of a George Pegg of Yeldersley, married to Elizabeth, who died in 1715, so this family needs to be investigated further. 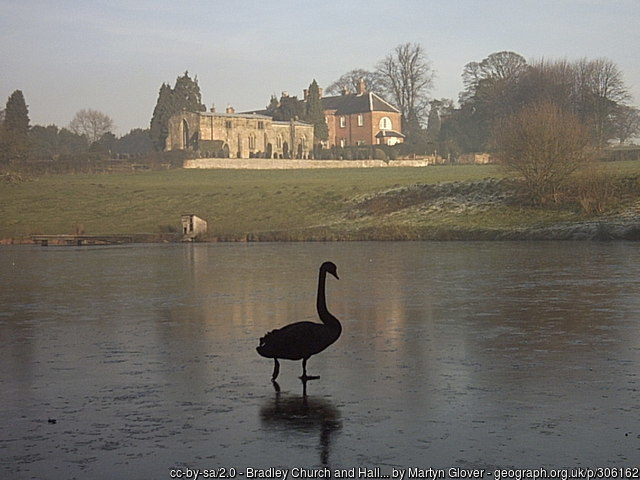 Ari, this is how you are related to Mary:

James Cobley was one of Ari’s 3x great-grandfathers, born in 1846 in South Luffenham, Rutland. His father was William Cobley and his mother was Mary Davis.

I have just found his baptism at St Mary’s, listed as Calverley:

He appears in the 1851 census, age 5, when the family were living in Barrowden.

In 1869 James married Elizabeth Stapleton in Stamford, Lincolnshire, and by 1871 they had moved to the village of Tixover in Rutland, where James worked as a labourer.

The couple had six children, including twins Edward Daniel and Thomas Davis (Ari’s great-great-grandfather). In 1881 they were living in the village of Tinwell, near Stamford, at 4 Empingham Road Cottages. James was 36 and working as an agricultural labourer.

The 1891 census record proved elusive as the name had been transcribed as Colley, but he is there, at Village St Cottage in Glinton, Northamptonshire. In 1901 he was at Town St, Glinton. By now the only child still at home was the youngest daughter, Annie Elizabeth.

And in 1911 James and Elizabeth are still in Glinton, and James is a farm labourer, aged 65. He doesn’t give a postal address, but in the census he is immediately after the Blue Bell Inn.

Ari, this is how you are related to James:

I’ve just done a very quick map to show where all of Ari’s ancestors were born (or at least the places we know so far). Each pin on the map may represent more than one person. I still need to annotate the map so you can see the people attached to each pin, and also make some of the pins a little more accurate. Interesting, though!

If you are in any of these places, please send me photos!

You can explore the map at the link below.