Ari’s 5x great-grandfather Shaya Hatskelzon (or Khatskelzon) was born in Silale, Lithuania, some time in the 1820s, and we know that he was still there in 1896 when he was recorded as a tax-payer.

What else do we know about him? The main evidence is the Lithuanian tax and voter lists on JewishGen: 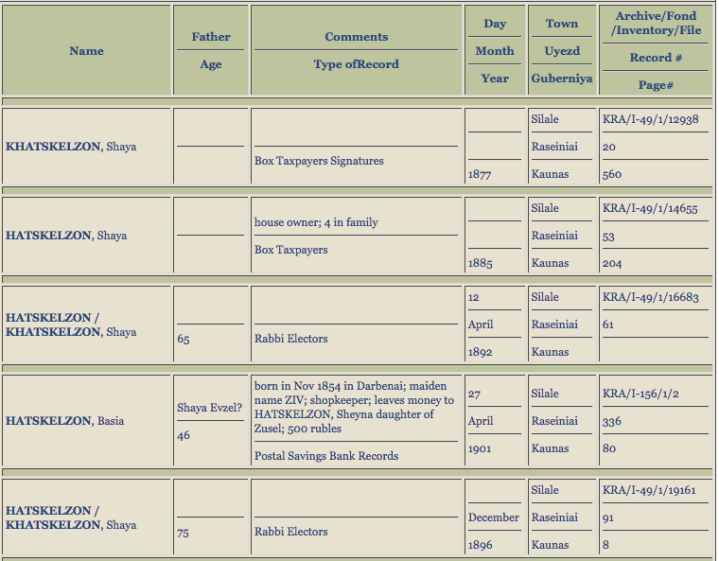 Shaya had married Jennie in about 1843.

The fourth record is obviously a relation, and it turns out that Basia Ziv (or Sive) married Shaya’s second son, Zusman. They emigrated to South Africa. (He died in 1931 and she died in 1933. They are buried at Brixton Cemetery, Johannesburg.) 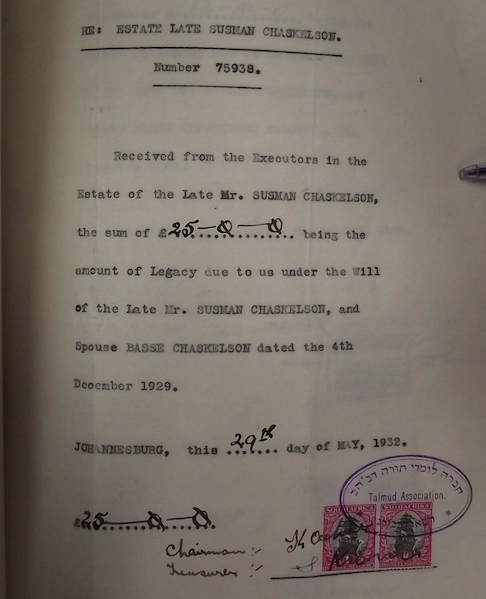 They left a joint will: The Revision List (census) taken on 29 May 1858 gives us another clue about Shaya:

The first entry is for Shaya’s oldest son Yankel in 1897, but the second tells us that his father’s name was Hatskel. If you are interested in the process by which names became surnames, there is a really good article here.

Ari, this is how you are related to Shaya: 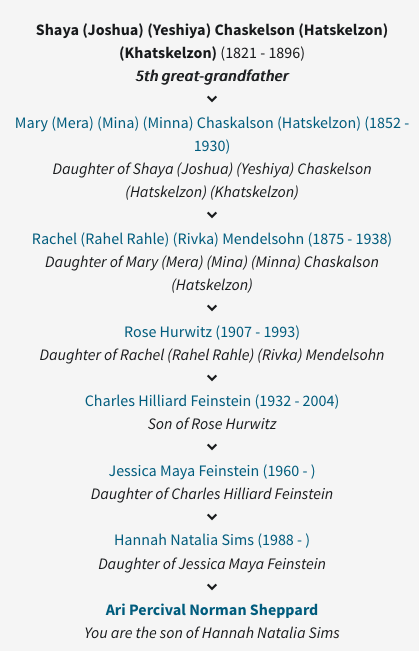 The mother of Missing Minna was called Jennie, Janie or Gesa. How do we know this?

On 29 May 1858 she appears in a Lithuanian Revision List as Gesa, wife of Shaya Hatskelzon (Chaskelson). Her age is given as 31, so we can put her date of birth at about 1827. She is living in Silale, which is in Kovno, Lithuania (see https://www.jewishgen.org/yizkor/pinkas_lita/lit_00683b.html). In the Comments field, the family are described as “petit bourgeois”. The other information about her comes from various records of her children.

In 1844 the first son, Jacob (Yankel) was born in Silale, followed by two daughters, Ryvka Golda and Feyga Leah. Then Minna (Ari’s 4x great-grandmother), another son, Zusman (Simon), a daughter, Beyla, and finally Benhard in 1860.

It seems that the sons emigrated to South Africa, but Feyga Leah stayed in Silale and died in 1923. I don’t know what happened to Ryvka Golda or Beyla.

The youngest son, Benhard Chaim Benyamin Chaskelson, at first went to the USA when he left Lithuania in 1888.

In his US passport application in 1902, he states that he sailed from Hamburg to the US on 10 March 1882, and lived in Philadelphia until 1887. He became an American citizen. He then went to South Africa but says in his application that he intends to return within two years to live in the US. He gives his occupation as Jewish teacher.

In South Africa, he set up a mattress factory and also had a dairy farm. 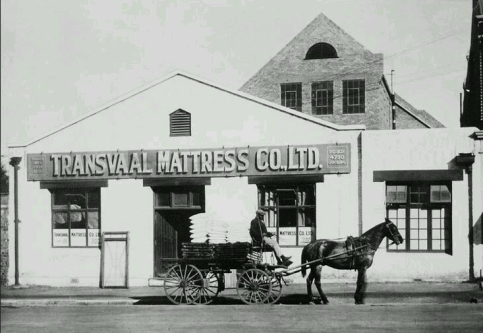 In 1903 he made a compensation claim for damage to his property (totalling £181) during the Boer War. The South African Archives also hold records of a claim that he made in 1912 against Johannesburg Council, after being knocked down by a tram (there are 96 pages, including financial details of his mattress company,  all of the evidence and witness statements, and a map of the junction where the accident happened). The case went to court on 5 September 1913, and he lost. “At the time of the accident the said tramcar was proceeding at a slow rate … and the gong of the said tramcar was being rung in time to warn the Plaintiff of the tramcar’s approach.”

Getting back to Jennie or Gesa, on Benhard’s 1937 death notice no name is given for his mother:

(The informant was one of her sons.)

And Zusman or Simon’s 1931 death notice calls her Janie Gessa (the informant was one of his sons):

So all we know is that she lived until at least 1860 in Silale, but no records of her after that date have been found (yet!).

Ari, this is how you are related to Gesa: 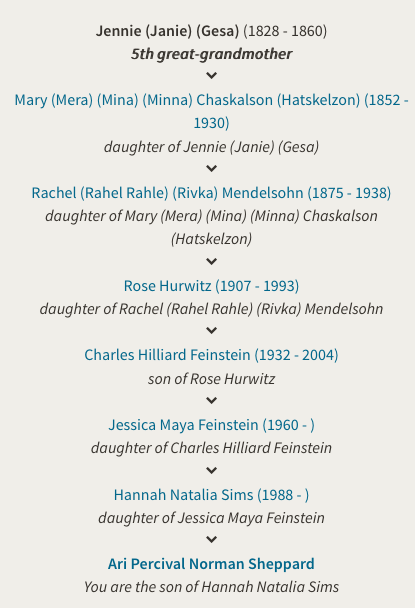 Ari’s 3x great-grandmother Rahle (Rachel) Mendelsohn was born on 16 Aug 1875 in Memel (Klaipeda), now in Lithuania. She was the second daughter of Moses Mendelsohn and Minna Chaskelson.

On 13 Oct 1899, she married Louis Koppel Hurwitz. This is the wedding invitation: 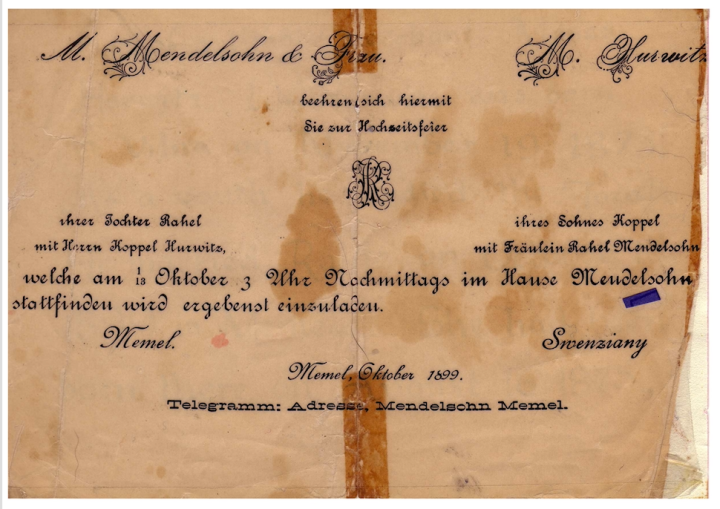 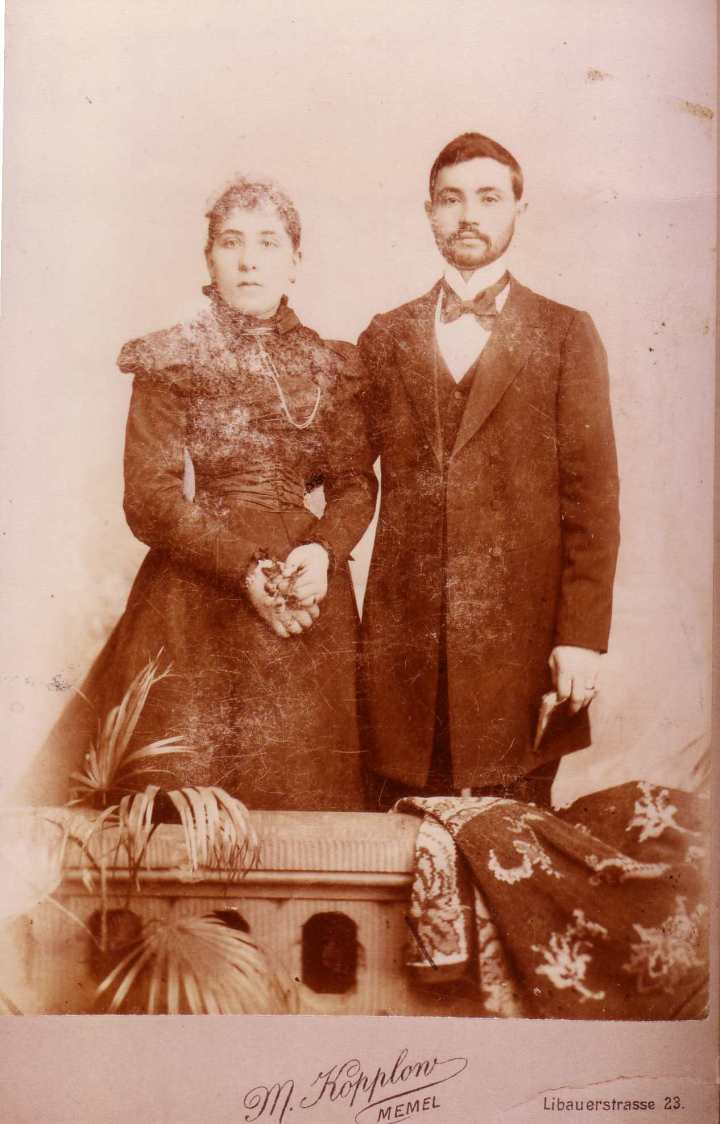 The photo above was also taken that year. The couple lived in Vilnius with Rahle’s sister-in-law Chasel (Charlotte), and their first son Charles was born in Memel on 7 May 1901. Rahle was not happy in Vilnius, and persuaded her husband to emigrate to South Africa, where her two brothers, Mende and Sussman, and her uncle Benhard Chaskelson lived.

They came to Woodstock, Cape Town and then moved to Johannesburg and lived above the bicycle shop. The second son, John, was born in Johannesburg in 1903, and then two daughters: Anne in 1905 and Charlotte (Lottie) in 1906. In 1907, they moved to 88 Juta St in Braamfontein. Their daughter Rose (Ari’s great-great grandmother) was born on 10 Nov 1907.

An unfortunate incident occurred in 1915 when LK and Rahle were coming home from celebrating their anniversary. LK jumped off a tram at a stop. Leaning forward to catch him, Rahle fell off, breaking her hip. She was taken to hospital but she never fully recovered. She limped, and it affected her – she never went out. In April 1924 LK took her to Germany for treatment and Anne, Charlotte and Rose went too. He had wanted to go in 1918 while his father was still alive in Vilnius but the war made this impossible. His father died in 1920.

In 1933 LK and Rahle travelled to England on the Kenilworth Castle. 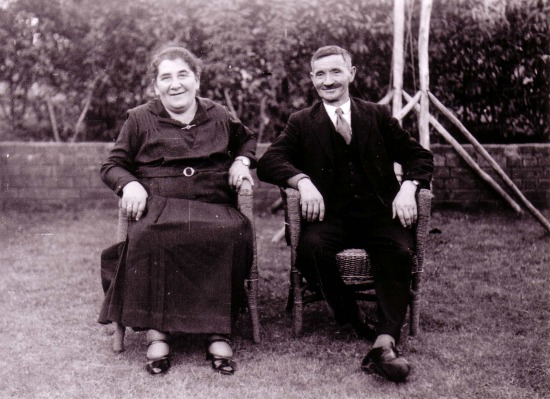 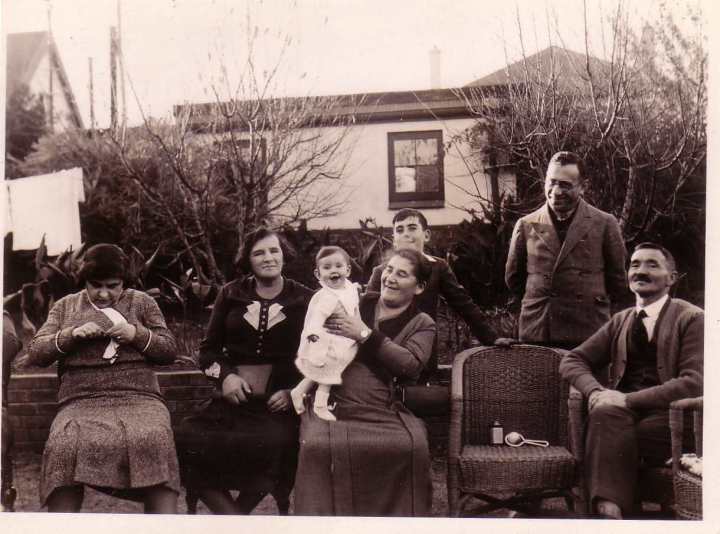 Rahle died aged 63 on 4 Sept 1938, at 220 Jan Smuts Avenue, Johannesburg. The cause of death was uraemia caused by thrombophlebitis of left leg and varicose veins. She was buried the same day at Brixton Cemetery. 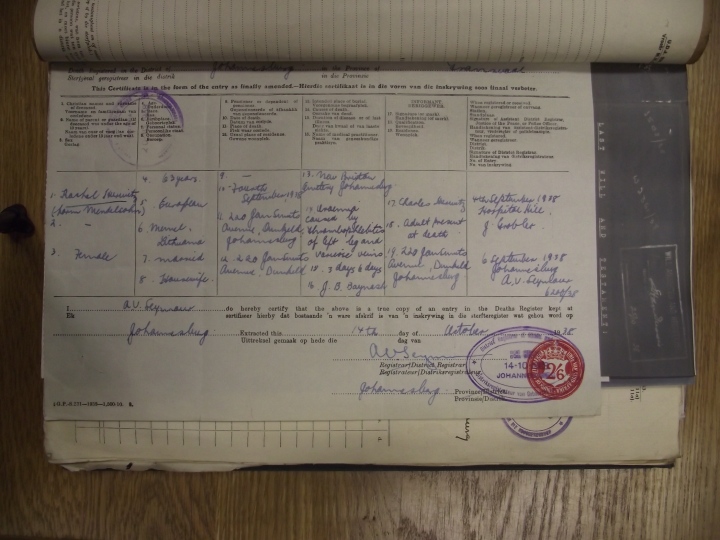 An inventory of her movable property lists “her day jewelry (2 Rings, 1 Necklace, 1 Watch and sundry trinkets) and sundry clothing”, valued at approx £30 altogether.

Rahle and LK had a joint will. 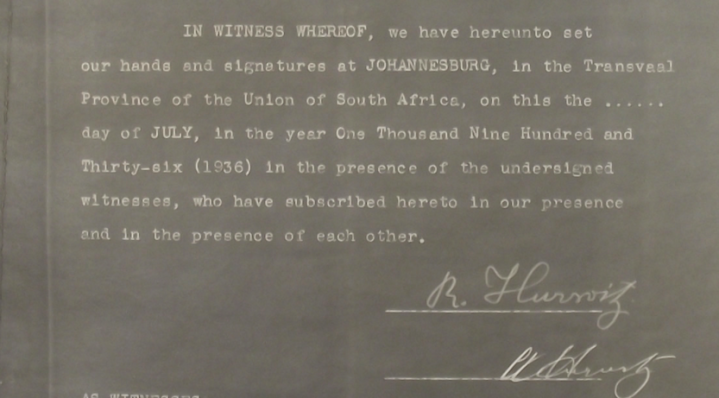 Ari, this shows how you are related to Rahle: 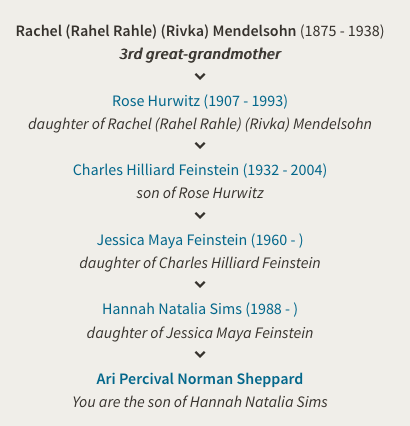 Minna Chaskelson was Ari’s 4x great-grandmother. She was born in 1852 in Silale, Lithuania, and died at the Carlington Nursing Home in Johannesburg on 9 Aug 1930. She had emigrated in 1903 with her husband and children, following her brother Bernard (or Benhard) who had emigrated in 1895 and set up a mattress company. The family had lived in Memel (Klaipeda), where the family kept an inn.

In her will, obtained from the South African archives (thanks to the very helpful service provided by Ancestor.co.za), she leaves everything to two of her daughters, Jennie (Janie) and Hannah. 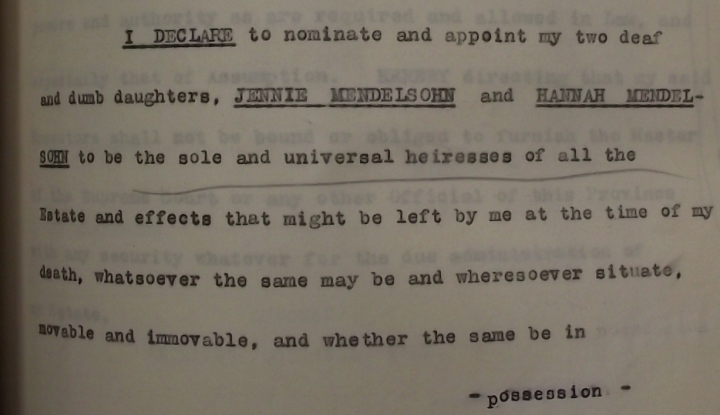 We don’t seem to have a photo of Minna. We had thought that she was the person on the left in this wonderful photo of all the great-aunts in their lovely hats taken in 1932, but obviously she was no longer alive then, so that’s another mystery to clear up. Amazing how you notice these things when you present the information in a different way! 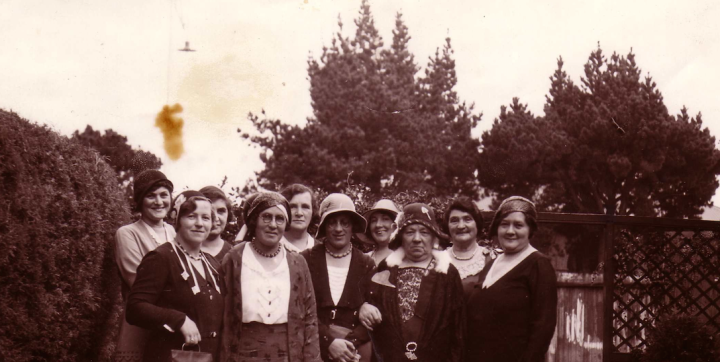 Ari, this shows how you are related to Minna: 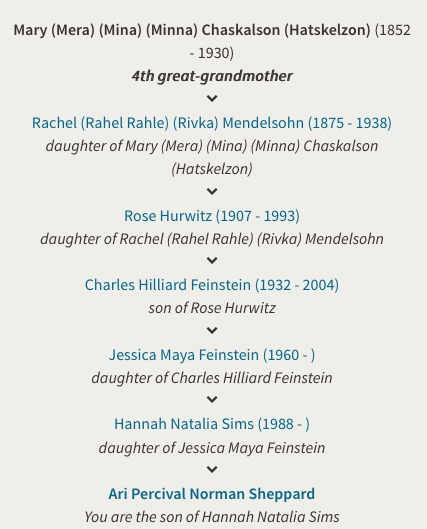